Kalamarina is inspired by the wind rose 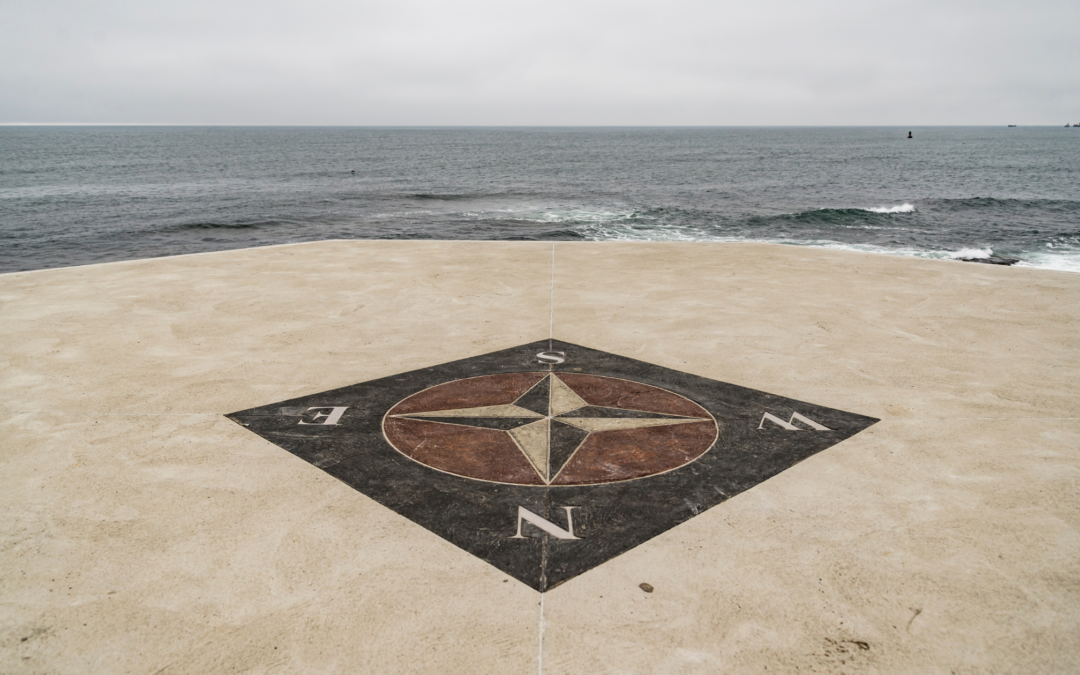 Grecale, Scirocco, Libeccio and Mistral: the four intermediate points of the wind rose give the name to the rooms of Kalamarina rooms

The compass rose, or also known as the “wind star”, so called for its graphic representation with several overlapping rhombuses reminiscent of the petals of a rose or the points of a star, since ancient times has been an essential tool for orientation and navigation of the peoples of the Mediterranean.
The Compass Rose indicates the origin of the winds that insist on a specific region, or on a geographical area, over a rather long period of time.

The wind rose diagram can vary according to the degree of precision you want to achieve. The simplest representation is the 4-pointed one, made up of four 90 ° quadrants indicating the four cardinal points, North (or north, or midnight), East (also called east or east), South (or south) and West ( also called west or west), from which the north wind, the east, the south (or ostro) and the west blow respectively.
The 8-pointed wind rose is the one that also marks the intermediate points, i.e. north-east, south-east, north-west, south-west from which the Grecale, Scirocco, Maestrale and Libeccio winds blow respectively and for this reason the 8-pointed compass rose is part of the Kalamarina rooms logo.

He thought of the winds of life, because there are winds that accompany life: the soft zephyr, the warm wind of youth that the mistral then takes care of cooling, some libecci, the sirocco that collapses, the icy north wind. Aria, she thought, life is made of air, a breath and away …

Coming from Greece, it is a cold and dry wind that blows from the north-east over the central Mediterranean and Adriatic regions. It is a wind of boreal origin (coming from the north). In ancient Greece, Boreas was the mythological character who represented the North wind.

The term derives from the Arabic word shurhùq which means “midday wind”. Dry and hot, it comes from the southeast and brings the sand showers that come from the Sahara desert. It is typical of the spring and autumn period and reaches its maximum intensity in the months of March and November.

The “master wind” also known by the name of Mistral, from the ancient Provençal, is a cold and particularly powerful wind that blows mainly in the Rhone Valley, in France, and in Corsica and Sardinia.

Also called africo (from the Latin afrĭcus) and known by the name of Garbino, a term that derives from the Arabic gharbī and means “western”. According to some hypotheses, the term derives from the Greek word libykós, Libya, or from the Arabic word lebeǵ, which in turn derives from the Greek líps-libós, and means “wind carrying rains”. The libeccio is a sea breeze, typical of the summer season, which blows along the coasts of the Italian peninsula and brings with it, especially in the territories of southern Italy, the heat and dust of the Sahara desert.